Vangelia Pandeva Dimitrova, known as Vanga, was born in the territory of modern Macedonia, a land which used to be an apple of discord for a long period between Serbia, Turkey, Bulgaria, and Greece. She was buried in the churchyard of the Saint Petca Church in the Rupite region in Bulgaria. 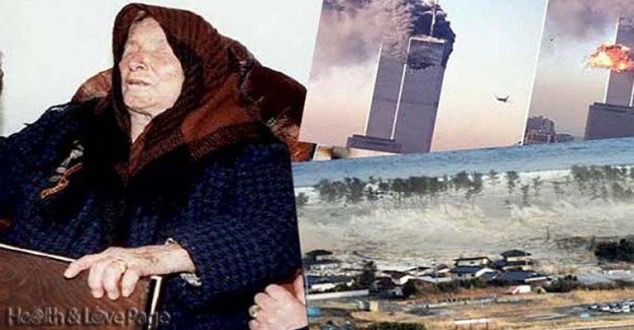 During the two World Wars, the Serbs and Bulgarians were struggling in separate camps in her native country. This woman was known as one of the great visionaries of the 20th century, as she has precisely predicted many of the great world events. She was also called as the “Nostradamus of the Balkans”.

At the age of 12, Vanga lost her sight in a tornado which swept her away. When she was found, she was alive and covered with stones and dirt, and her eyes were full of sand, causing blindness.

Her predictions began at the age of 16, when she helped her father find a stolen sheep from his flock. Vanga gave a precise description of the place where the thieves had hidden the sheep. However, only after she turned 30, did her powers of foreseeing took shape. Vanga was visited by many statesmen, among which was Adolf Hitler. People noticed him leaving her house quite upset.

Although she died in 1996, she predicted a lot of global catastrophes and events, like the attack on the Twin towers, or the tsunami in 2004. One of her omens is now appearing to be fulfilled, and that is that “Muslims will invade Europe” in 2016. According to her, China will become the first leading power in the world, replacing the worn U.S. in the year of 2018, and that same year “a new form of energy” will be discovered on Venus by a space probe.

And this isn’t the end of her prophecies. According to her, the things will start worsening for America, and “the last” acting president of this country will be the “African American” one: “African American” President would be the last acting president of the U.S.” In 1989 Vanga has foreseen the attacks on the Twin Towers, saying: “Horror, horror! The American brethren will fall after being attacked by the steel birds. The wolves will be howling in a bush, and innocent blood will be gushing.”

As we all know, her predictions unfortunately happened. In September 11, 2001, the World Trade Center Towers in New York, dubbed as “Brothers” or “Twins” were attacked by “the steel birds”- passenger planes driven by terrorists. The surname of the current president was obviously related to the “Bush” in the Vanga’s prophecy.

Regarding the 2004 tsunami in the coast of Thailand, she said: “A big wave will cover a large coast with people and villages where everything disappears under water.” Another of her prophecies is that the orbit of the Earth will change, which will set fire in the “Middle east” and will “melt the poles”.

Furthermore, Vanga predicted that in 2043 a “great Islamic war will would begin in Syria culminating in complete control of Rome” She also said that a definitive Caliphate would be established, and that “Europe would cease to exist, to become a continent “almost empty “and” wastelands devoid of any form of life.”

In 1980, Vanga said one of her most shocking prophecies: “At the turn of the century, in August of 1999 or 2000, Kursk will be covered with water, and the whole world will be weeping over it.” Although in that period this prophecy didn’t make any sense, it surely did after 20 years. In August 2000, a Russian nuclear submarine named after the city of Kursk, disappeared in an accident, and the city could have been easily covered with water.

Besides the catastrophic prophecies, Vanga has also predicted some exotic ones, like a possible war on Mars in 3005, and that in 2130, aliens will help people to live underwater. Finally, her most shocking and apocalyptic prediction is that there will be no survivors on the Planet Earth, circa 3797.

This is her list of predictions for the near and distant future:

2016- Europe will be invaded by Muslims

2023- The Earth’s orbit will drastically change

2025- The Europe population will disappear because of wars

2033- The poles will melt and the water level will raise

2100-As a result of a scientific project in 2008, a new artificial sun will illuminate the dark side of the planet, which will use nuclear energy.

3797-The Earth dies but mankind has sufficiently advanced to move to a new solar system.

One reply to “Woman Who Predicted the Fall of The Twin Towers Has Bad News for 2016 And There’s More!”